THEME: THE POLITICS OF HUMOUR and THE HUMOUR OF POLITICS

The Call for Papers for the 28th AHSN Conference has now closed. The preferred mode for delivering a paper/panel is in-person. Accepted papers that indicate “online” will be pooled for assessment on merit and presented in a limited online-only portion of the conference (e.g., one daily live Zoom panel – not pre-recorded). Preference will be given to delegates who can be physically present in Hobart and for online presentation to student proposals.

To ensure that they receive all communications regarding the conference, all prospective presenters and attendees should  subscribe to our free e-Newsletter, The Humour Studies Digest.

Giving Shape ‘to Airy Nothing, a Local Habitation’ and the Name of Humour: Academic Myth and the Political Origins of a Concept.

Humour theory’s accepted lineage, construed from discussions of laughter, dates from antiquity. It is, however, only a recent promotional myth helping consolidate a field of study. A concept of humour thus projected as universal has more recent origins. Rather than being expressed in laughter, humour began as palliation for laughter’s dangerous aggression in a violent society. 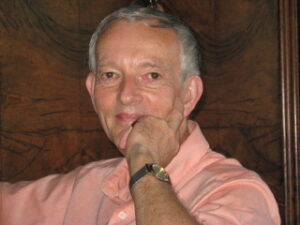 Conal Condren is an Emeritus Scientia Professor at UNSW, and has held visiting positions and fellowships at the University of Queensland and in the USA, Europe, New Zealand and Cambridge UK. He is a foundation member of the AHSN Review Panel. Predominantly he is an intellectual historian of early-modern Britain, with interests in the philosophy of historical writing. In these contexts, he has published on satire and on studying humour historically and he is currently finishing a new book on the latter topic. He is also writing a volume on Shakespeare and the ethics of office. With Aoise Stratford, he has co-written a prize-winning and widely performed black comedy, ‘Will and the Ghost’. 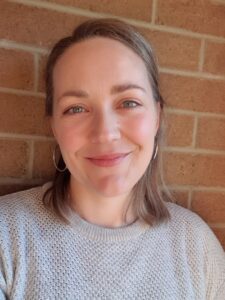 From ‘Accession’ to Black Mischief: The Politics of Race in Evelyn Waugh’s Satire

In Henri Bergson’s famous formulation, comedy requires a “momentary anaesthesia of the heart.” This momentary anaesthesia implies the return of feeling to the place that was numbed, a return that may in all likelihood include a hurt. This paper attempts to think through the aesthetics and politics of satire, by looking closely at Evelyn Waugh’s 1932 satire of empire, Black Mischief. What does it mean to laugh at racist jokes, and does it mean differently now than it did 90 years ago? How does satire work to deform ethical positions through joke-making; what kind of political work is that doing; and who was and is hurt by these deformations?

Naomi Milthorpe is Senior Lecturer and Head of Discipline for English, at the School of Humanities. Her research focuses on modernist, interwar and mid-century British literary culture. She is the author of Evelyn Waugh’s Satire: Texts and Contexts (Fairleigh Dickinson UP, 2016) and the editor of The Poetics and Politics of Gardening in Hard Times (Rowman, 2019). She is currently preparing a scholarly edition of Waugh’s 1932 novel Black Mischief for publication as volume 3 in The Complete Works of Evelyn Waugh (Oxford University Press).

Satire and the Dream of Cultural Politics 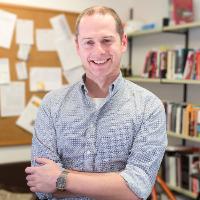 Increasingly, humour is embraced as a legitimate means by which to conduct politics: most often under the auspices of “satire” However, while satire may sometimes appear as an especially successful instance of humour as a politically meaningful cultural act, there are also reasons for scepticism. With reference to the concept of reification, this presentation explores how satire may constrain, as much as consummate, the possible politics of humour.

Nicholas Holm is a Senior Lecturer in Media Studies at Massey University, New Zealand. His research addresses the politics of popular culture with particular emphasis on humour and satire. He is the author of Humour as Politics (2017), and several articles on the politics of humour in contemporary media. He is a member of the editorial board of Comedy Studies.

Jon Kudelka has a science degree but 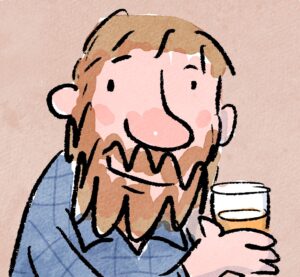 he decided to “do science a favour and became a cartoonist” instead. As a student, Jon had an obvious flair for art, especially life drawing, and was encouraged by his Grade 10 art teacher to develop this skill. Life drawing remains one of Jon’s favorite hobbies. He is now an award-winning cartoonist (including two Walkley Awards and the National Museum of Australia’s Cartoonist of the Year Award) and his work appears in The Saturday Paper and the Hobart Mercury. Jon works in his studio / gallery The Kudelka Shop in Salamanca Place, Hobart – about a two-minute walk from the conference venue.

Registered on-line presenters and attendees will be able to access:

NB. The conference’s limited online slots are designed preferentially for Australasian students unable to attend physically and other presenters from Australia and New Zealand.

Tasmania in the summer is an ideal place to visit, so you are urged to start planning as soon as possible.  Why not add a holiday before or after the conference dates?  Wine and food, history and culture – and of course glorious scenery – all abound in lovely Tasmania. Note that Hobart is likely to be a popular destination around the beginning of the new year and booking early is always advisable.

Information is available here for the conference venue, accommodation, travel options and activities, including what to expect at the conference and extending your stay.

The Committee is looking forward to seeing as many AHSN’ers as possible in Hobart next February!