Members of the AHSN Review Panel 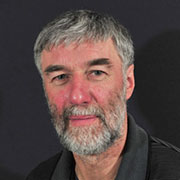 Angus McLachlan, now retired from Federation University Australia where he taught psychology for some thirty years, continues to potter along the academic highways and byways of laughter and humour, as an Honorary Senior Research Fellow. He is still convinced that tickling is the means by which laughter becomes part of talk, from which all forms of humour develop. In an effort not to get too carried away by his grand theory, he has joined the Victorian CFA as a volunteer firefighter. 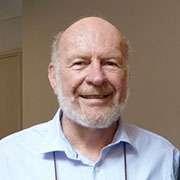 Bruce Findlay taught psychology at Swinburne University of Technology, Melbourne for 25 years, and is now happily retired. His main research interests were human relationships and humour, primarily sense of humour and its effects on family and work relationships and on psychological well-being. He has been associated with the AHSN for 20 years, was the Inaugural Chair of the Review Panel, and is proud to have been made an inaugural Fellow of the AHSN Jess-ters in 2018. 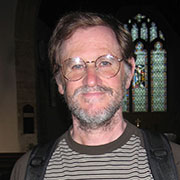 David Rawlings is currently an (honorary) Senior Fellow at the University of Melbourne, having retired following a career in academic psychology, mostly at that institution. His relevant qualifications include a doctoral degree in psychology (from Oxford University), and Masters’ degrees in psychology (Flinders), education (Melbourne), and theology (University of Divinity, Melbourne). His major research interests concern the relationships between personality and humour, creativity, aesthetic preference, and religious belief and practice, and the interface between normal and abnormal personality. 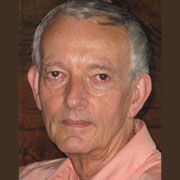 Conal Condren, FAHA, FAASA is Emeritus Scientia Professor at the University of New South Wales, and a member of Churchill College, Clare Hall, Cambridge University. He has written nine books, the most recent of which is Political Vocabularies (2017), and published over ninety other works. He is currently completing a book of essays on humour, laughter and satire. 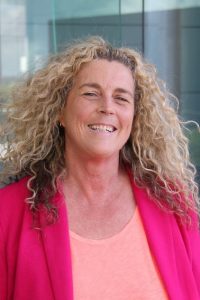 Barbara Plester is currently Senior Lecturer in the Department of Management and International Business at the University of Auckland. Her research explores workplace humour, fun, play, organizational culture, food rituals and she is interested in critical perspectives of organizational life. Within her university Barbara belongs to the Organization Studies group and she teaches Organizational Behavior, Organizational Theory, and HRM at undergraduate and postgraduate levels. She Chairs the Business School Equity Committee and serves on the University of Auckland Education Committee. Prior to her academic career, Barbara worked in Publishing and Information Technology companies and has practical experience in Sales, Marketing and HRM. 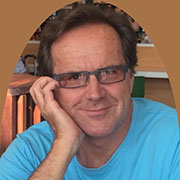 Mark Rolfe is an honorary lecturer with the School of Social Sciences at the University of New South Wales . He is interested in Australian politics, rhetoric, propaganda, political satire, American politics, populism, and political leadership. Recent publications include: ‘The idea of national humour and  Americanization in Australia and Britain’, in the European Journal of Humour Research (EJHR) (2022); ‘The Danish Cartoons, Charlie Hebdo and the culture wars: satiric limits in comparative national and transnational perspectives’, in the EJHR (2021); ‘Is this a Dagg which I see before me? John Clarke and the politics in his political humour’, in The Journal of Comedy Studies (2019); ‘The Populist Elements of Australian Political Satire and the Debt to the Americans and the Augustans’, in Satire and Politics The Interplay of Heritage and Practice (2017). 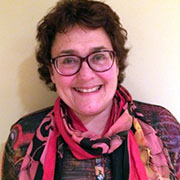 Debra Aarons is a linguist at the University of New South Wales. She works primarily on pragmatics, with specific research interests in comedy, taboo humour and the tacit linguistic knowledge underlying the understanding of jokes that play on aspects of language. Her publications include Jokes and the Linguistic Mind (2011) and various articles co-written with Marc Mierowsky exploring notions of dirtiness, specifically in Jewish comedy. She is currently working with researchers from the University of Bologna on a project about disgust. 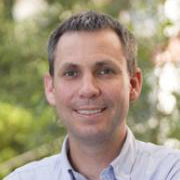 Michael Haugh is Professor of Linguistics in the School of Languages and Cultures at the University of Queensland. His research interests include pragmatics, conversation analysis, intercultural communication and humour studies, with a particular focus on the role of language in social interaction. He is an elected Fellow of the Australian Academy of the Humanities, and co-editor of the new Cambridge Elements in Pragmatics series, as well former co-editor in chief of the Journal of Pragmatics (2015-2020). 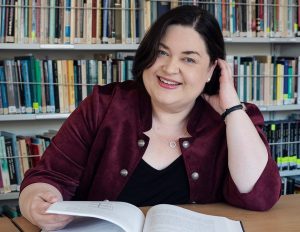 Meredith Marra is Professor in Linguistics at Te Herenga Waka – Victoria University of Wellington. Since 2015 she has been Director of the Wellington Language in the Workplace Project, a long-standing sociolinguistic research project investigating effective workplace communication in a range of contexts. Meredith has been analysing humour in workplace talk for 20 years, most notably the use of humour to subvert authority, as a leadership strategy and as a means of creating boundaries between in-group and out-group members. Her recent books include Negotiating Boundaries at Work: Talking and Transitions (2017, EUP), Leadership, Discourse, and Ethnicity (2011, OUP), and Constructing Identities at Work (2011, Palgrave Macmillan). 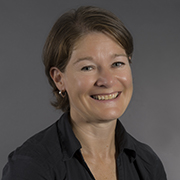 Kerry Mullan is Convenor of Languages at RMIT University in Melbourne. She teaches French language and culture, and linguistics. Her main research interests are cross-cultural pragmatics, discourse analysis, language pedagogy, and verbal humour in social and online interactions (particularly French and Australian). 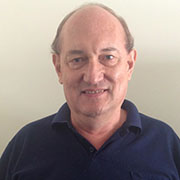 Michael Ewans, FAHA, is Conjoint Professor in the School of Humanities and Social Science at the University of Newcastle, Australia and a Fellow of the Australian Academy of the Humanities. Before retiring from the Chair of Drama in 2011 he specialized in directing plays and chamber operas, translating Greek tragedy and comedy for performance, and publishing these translations with theatrical commentaries, and he continues to write books and articles which explore how operas and dramas work in the theatre. He has also explored the reception of Greek tragedy and the epic. In 2020 Bloomsbury Academic published A Cultural History of Comedy: vol. 1 Antiquity, which Michael edited and to which he contributed a chapter on Praxis. 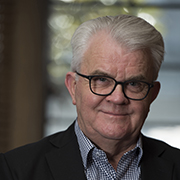 Peter Kirkpatrick taught for many years at Western Sydney University and at the University of Sydney, where he is now an Honorary Associate Professor in the English Department. He publishes widely in Australian literary studies, and with Fran De Groen was co-editor of Serious Frolic: Essays on Australian Humour (2009). He is currently working on a study of Australian poetry and popular culture. 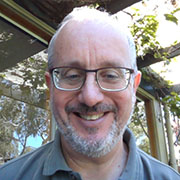 Robert Phiddian teaches in Renaissance and Eighteenth-Century literature and has a special interest in political satire, parody, and humour. He researches political satire, especially current Australian political cartoons with Haydon Manning. He has been Chair of the Adelaide Festival of Ideas, Director of the Australasian Consortium of Humanities Research Centres (ACHRC), and a Board member of the Australian Book Review and of the international Consortium of Humanities Centres and Institutes (CHCI). Most recently he is the author of Satire and the Public Emotions (Cambridge UP, 2019) and co-author (with Julian Meyrick and Tully Barnett) of What Matters?: Talking Value in Australian Culture (Monash UP, 2018). 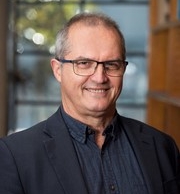 Peter Marks is Emeritus Professor of English at the University of Sydney, Australia. He is the author of four monographs: British Filmmakers: Terry Gilliam (2008); George Orwell the Essayist (2011), Imagining Surveillance: Eutopian and Dystopian Literature and Film (2015) and British Literature of the 1990s: Endings and Beginnings (2018). 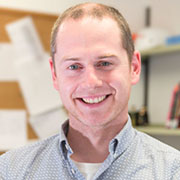 Nicholas Holm is a Senior Lecturer in Media Studies at Massey University, New Zealand. His research addresses the politics of popular culture with particular emphasis on humour and satire. He is the author of Humour as Politics (2017), and several articles on the politics of humour in contemporary media. He is a member of the editorial board of Comedy Studies. 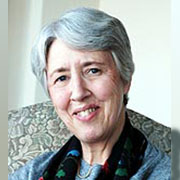 Jessica Milner Davis PhD FRSN is an honorary research associate at the University of Sydney as well as at Brunel University’s Centre for Comedy Studies Research. A member of Clare Hall, Cambridge, UK, she has twice served as president of the International Society for Humor Studies (ISHS) and coordinates the Australasian Humour Studies Network. Her books deal with farce, satire, the comic tradition in European theatre and cross-cultural studies of humour in Australia, the UK, Japan and China. In 2018, she received the ISHS Lifetime Achievement Award for her interdisciplinary research in humour studies and was made an inaugural Fellow of the AHSN Jess-ters.

Benjamin Nickl lectures in international comparative literature and culture and translation studies at The University of Sydney. He has published on transnational mass media and comedy, and is co-editor of the Global Germany in Transnational Dialogues book series. He recently published a book on Turkish German comedy in the 21st century (2020, Leuven UP) and is currently working on the morality of humour in popular tv and film. 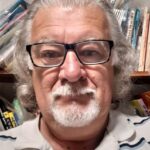 Ian McCall holds a Bachelor of Education (Primary and Secondary Teaching) and a Bachelor of Fine Arts (in Glass). He is a retired primary school teacher and has also published cartoons, but his real passion is cartoon art and history. He is a Board Member of the Australian Cartoonists Association and has been involved with them for some 40 years. For the last decade, he has also been a Foundation Board Member of the Australian Cartoon Museum in Melbourne. 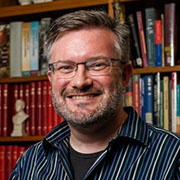 Richard Scully, FRHistS, is Associate Professor in Modern European History at the UNE (Armidale, Australia). Richard has maintained a deep interest in the history and development of political cartoons and graphic satire throughout his career. Author of Eminent Victorian Cartoonists (2018) and British Images of Germany: Admiration, Antagonism & Ambivalence, 1860-1914 (2012), he has served on the editorial board of the International Journal of Comic Art and the comité de lecture of Ridiculosa since 2013. Richard has also co-edited Drawing the Line: Using Cartoons as Historical Evidence (2009) with Marian Quartly; and Comic Empires: Imperialism in Cartoons, Caricature, and Sarirical Art (2020) with Andrekos Varnava. His work has appeared in German Studies Review, the Journal of Victorian Culture, European Comic Art, and Victorian Periodicals Review. 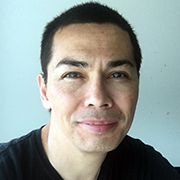 Lucien Leon is an independent scholar who is interested in the impact of the digital media revolution on the political cartooning tradition, and online political satire more broadly. His political animations have been published in a variety of broadcast and online contexts, while his recent publications include ‘Plus Ça Change: Three Decades of Clarke and Dawe’s Political Satire (1987-2017)’, in the Journal of Comedy Studies (2019); ‘Walt Handelsman’ in American Political Humor: Masters of Satire and Their Impact on U.S. Policy and Culture (2019) and ‘Cartoons, Memes and Videos in Election 2019’, Morrison’s Miracle: Analysing the 2019 Australian Federal Election (ASSA, in press).